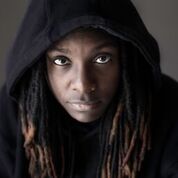 Introduction to Unsound Toronto Does Halloween

Those first two ground-breaking manifestations took place at the derelict Hearn Generating Station in 2015 and 2016 as part of the Luminato Festival. They created a sensation with their unique sound and light show that included experimental music and innovative visuals. The 2017 edition continues with the same sort of brilliant programming.

What’s the background of the Unsound Festival?

It began as a small annual new music festival in Krakow founded by Australian writer Mat Schulz and a friend in 2003. The emphasis was on electronic music, a keen interest of Mat’s, which was virtually unknown in Poland. It sort of had a DIY ethos. I came on board as a volunteer in 2006. At that time everyone was a volunteer. In 2008 we got extra funding which meant we could grow the festival to include smaller touring versions we call Dislocations. We also were able to establish cultural exchanges, co-presentations, and satellite festivals all over the world. Our big international breakthrough was the incredible success of Unsound New York in 2010. Besides the yearly flagship festival in Krakow, this year Unsound is taking place in Toronto, Adelaide and London.

Where did the name “Unsound” come from? I think it’s really clever given what the festival entails.

I’m not sure. I think it was suggested by Mat’s brother in Australia.

How did Unsound move beyond being just an avant-garde, electronica music festival?

The heart of Unsound has always been artistic risk-taking and experimentation, so it was a natural outgrowth to connect new music with other art forms. We began by setting up collaborative projects, even putting people together from diverse geo-political backgrounds. We see Unsound as facilitating creative collaboration. We love pushing artists into new formats, and doing things for the first time. For example, musician Jlin had never composed music for dance before working with choreographer Wayne McGregor.

The piece that McGregor recently premiered at Sadler’s Wells is called Autobiography. What is Autobiography Edits that’s being performed in Toronto?

It’s a condensed touring version of the piece using less dancers, but it still captures the intense essence of the original. Jlin’s driving rhythms underscore the restless movement that represents the continual evolution of the human body.

Unsound is now also known for an eclectic range of new music, as well as state of the art visual technology – in other words, eye and ear grabbing light and sound shows.

That’s true. We are very conscious of the development of contemporary music and what new sounds are coming from the latest technology. Unsound concerts can feature electronica, acoustic instruments, improv jazz, club music.

One of your earlier concerts took place in a Polish salt mine. Your first two events here in Toronto transformed the Hearn Generating Station into a mind-boggling audio/visual palace. Now you’re performing in the traditional seated Bluma Appel Theatre. Does a traditional venue cramp Unsound’s style?

We certainly love adapting challenging spaces and creating new environments in abandoned post-industrial venues. By the same token, we also like to play with putting unexpected sounds in traditional theatres. Each context has validity, and our aim for both is to attract new and different audiences.

How important is the home crowd to an Unsound concert?

Very. For each satellite festival, we connect with the local scene, like the musicians making up the Unsound Toronto Ensemble accompanying the film Under the Skin. Everywhere we go, we are building networks.

I know that each Unsound festival you present, whether at home or abroad, is built around a theme. This Unsound Toronto is clearly inspired by Halloween.

Both line-ups convey Halloween in different ways. They’re both dark or even spooky, but sit together in unexpected combinations. Halloween High includes Under The Skin, a sci-fi/horror film which has an utterly mesmerizing score by Mica Levi. The double bill also features a show by Jlin – one of the most hyped electronic musicians of the year – with dancers from Company Wayne McGregor. Together they perform Autobiography Edits – a work that tonally, I think, will intersect with Under The Skin in an interesting way, but will leave the audience on a high.

Halloween Hangover features synth musicians Kyle Dixon and Michael Stein playing live music from the hit horror TV series Stranger Things, which very clearly fits the Halloween vibe. The second season will even be launched on Netflix for Halloween! Alongside this is an A/V show from legendary German electronic composer GAS who plays ambient music, often with a deeply submerged techno beat, while the visuals take the audience through dark, almost hallucinatory forests. It’s a very intense experience. Also on the line-up is the Polish band Ksiezyc, channelling ancient Slavic music to create a show that is very otherworldly, even mystical. This is a powerful trio of shows that I think will leave audiences with a mix of contrasting and vivid impressions.

Finally, how would you compare the two concerts?

The second evening is darker – more mellow and mystical. The sounds reflect horror and witching.

Unsound Toronto is presented by Unsound, Civic Theatres Toronto, and the Luminato Festival.