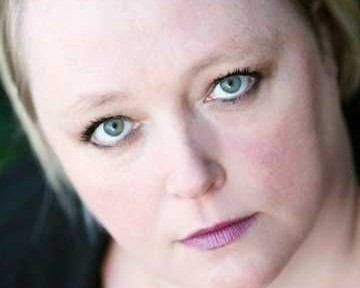 Tina Rasmussen is director of performing arts, and artistic director of World Stage at Toronto’s Harbourfront Centre. In the latter case, she walks a fine line programming Canadian and international artists for one of Toronto’s premiere series.

Calgary-born, Rasmussen graduated from the University of Alberta in Edmonton with a degree in theatre, winning the prestigious Faculty of Fine Arts Gold Medal. She worked at Edmonton’s Citadel Theatre and Toronto’s Soulpepper Theatre Company before coming to Harbourfront. Independent of Harbourfront, she runs Culture Shark, a small artist development and special projects atelier. Rasmussen is a frequent member of international arts juries and panels.

With the opening of World Stage on Saturday, Feb. 18, paulacitron.ca sat down with Rasmussen for a wide-ranging discussion including the raison d’être behind her WS programming.

Your first job put you right into the big league.

That’s right. I joined Edmonton’s Citadel Theatre both as an actor and a general management intern. Iconic director Robin Phillips was head of the company and it was exciting times.

How did you get to Toronto?

At the Citadel, I met Albert Schultz. Albert needed an assistant to help out with his various projects so I drove across Canada in 1994. When I arrived in Toronto, I didn’t know anyone. I helped Albert and the other 11 charter members to start Soulpepper. I always said that there were really 14 founders of Soulpepper, with me and producer Diane Quinn being the extra two. We were in the background, but we did a lot of work. It was a tumultuous experience.

But you left Soulpepper a few years later.

Albert was a one-man show. It was Diane who encouraged me to get out from behind his shadow. I joined Harbourfront in 1999, and I haven’t looked back. At first I was on a six month contract, but I became full time in order to assist Don Shipley, then manager of performing arts. That included working on World Stage 2000. I also helped Bill Boyle, Harbourfront CEO, to produce World Leaders: A Festival of Creative Genius in 2001 which honoured 14 cultural icons such as Harold Pinter, Pina Bausch and Bernardo Bertolucci. You could say I was at the right place at the right time.

There was a lot of disappointed when Harbourfront dropped the international dance series.

Dance was one of our signature series, but it was a matter of money. The performing arts are very expensive, particularly when tickets are subsidized to keep down the cost. We ultimately decided to merge dance into World Stage. Harbourfront is an entrepreneurial enterprise. It was a way of tightening our belts. Remember, in 2005, we lost the du Maurier money when tobacco advertising was banned.

The World Stage that exists now went through various phases.

Yes. When the crisis of 2005 happened, we did a SWOT analysis – that means an in-depth look at strengths, weaknesses, opportunities and threats –  to determine the future of World Stage. In the meantime, we mounted a bridge festival in 2005 called Flying Solo featuring one-person shows. That was the last of the original format World Stage that was strictly theatre and tightly programmed. The new World Stage that emerged in 2007, modelled after BAM’s Next Wave festival, was a multidisciplinary season that ran from September to May. Now it runs from February to May. In experimenting with the model, it was decided that the shorter season was better in terms of marketing. It’s now an international performing arts series, much like Festival d’Automne in Paris, or London’s Barbican Bites.

You were appointed director of performing arts 8 years ago. What special qualities do you bring to the job?

I have an incredible love of artists. For me the performing arts are all about the artists and their work. I understand their struggles. I also realize that Harbourfront is a big institution with a brand, so I see myself as bringing the two together – Harbourfront and the artists.

But love of the arts is not enough to hold a prestigious performing arts position.

That true. You need other assets. First, I’m not resistant to change. Secondly, I am culturally curious. I’m always on the look out for the new and the different. I travel to see a lot of shows, and I also search the internet. In a way, I don’t have a life outside the job. I’m known for sending my staff emails at 4 in the morning.

I don’t believe in themes. I compare programming to building with fragrances, and World Stage is an amalgam of perfumes. I’m interested in work that starts a conversation, that’s stimulating for both audiences and artists, with a judicious balance between theatre and dance. I also have to work around our specific facilities. I choose local and Canadian companies that are ready to be programmed within an international cultural context. Commissioning original work is also important. Programming is not just taking pieces at will. I’d say our choices are thoughtful and considered, but not mainstream. We exercise out muscles here. We take chances.

I understand that World Stage is more than just performance.

That’s right. Because we are a permanent site, we can have a long-term relationship with artists. That’s one of Harbourfront’s strengths. There is a lot going on behind the scenes in terms of nurturing and mentoring. Besides working on development of local talent, we invite presenters to Harbourfront so that Canadian artists can create an international profile through touring. We can change their lives.

How would you describe World Stage as a totality?

(What follows is Rasmussen’s rationale for choosing the eight shows that make up this year’s World Stage. As she says: “There is so much choice, that it’s exciting to create the program.”)

This was designed to be a family show and is a wonderfully imaginative cross-discipline collaboration between visual artist Shary Boyle and composer Christine Fellows. We’ve had an eye on these artists and their magical works for a while. This was a Fresh Ground new works commission.

McGregor is one of the hottest choreographers in the world right now. The National Ballet had a huge hit when they first presented Chroma, and the fact that they are remounting the piece this season is a real help to us. We’re catering to the sophisticated dance audience with McGregor’s full-length Entity.

Toronto and New York have a strong connection. Wooster Group is a company that deliberately put aside the well-made/proscenium arch play to become one of the most influential and experimental theatre companies in the U.S. Director Elizabeth LeCompte has taken a very radical approach to Williams.

This is a world premiere performed by local artists. Evan Webber and Frank Cox-O’Connell have taken on the epic Greek format of Sophocles to create a political arena where art meets war. It’s also a dialogue about citizenship, and everything that the word means.

Toronto choreographer D.A. Hoskins is ready for the next plateau.  His works are all about risk and vulnerability. His visual arts components are as good as anything out there. He should be better known. We’re helping him rework his website and do follow-ups with presenters.

Algerian/French choreographer Mourad Merzouki has elevated hip-hop to high art. He does evangelical work which is right up my alley. For this piece, he went to the shantytown favelas of Rio and found 11 dancers. The program represents a perfect fusion of ethno-cultural diversity and contemporary expressions.

Lee is a rising star of American theatre – a young woman who riffs on the Afro-American experience by talking about uncomfortable things. What she has to say about race borders on scandalous, but she is very brave, protected by the safety of theatre.

We commissioned this piece for the 2008-9 season through Fresh Ground new works, and it has gone around the world, which is a great payoff for us. We’re bringing it back as a fun way to end the season. It’s participatory theatre as the audience becomes the contestants in a dance marathon. It’s a high for both the dancers and the viewers.