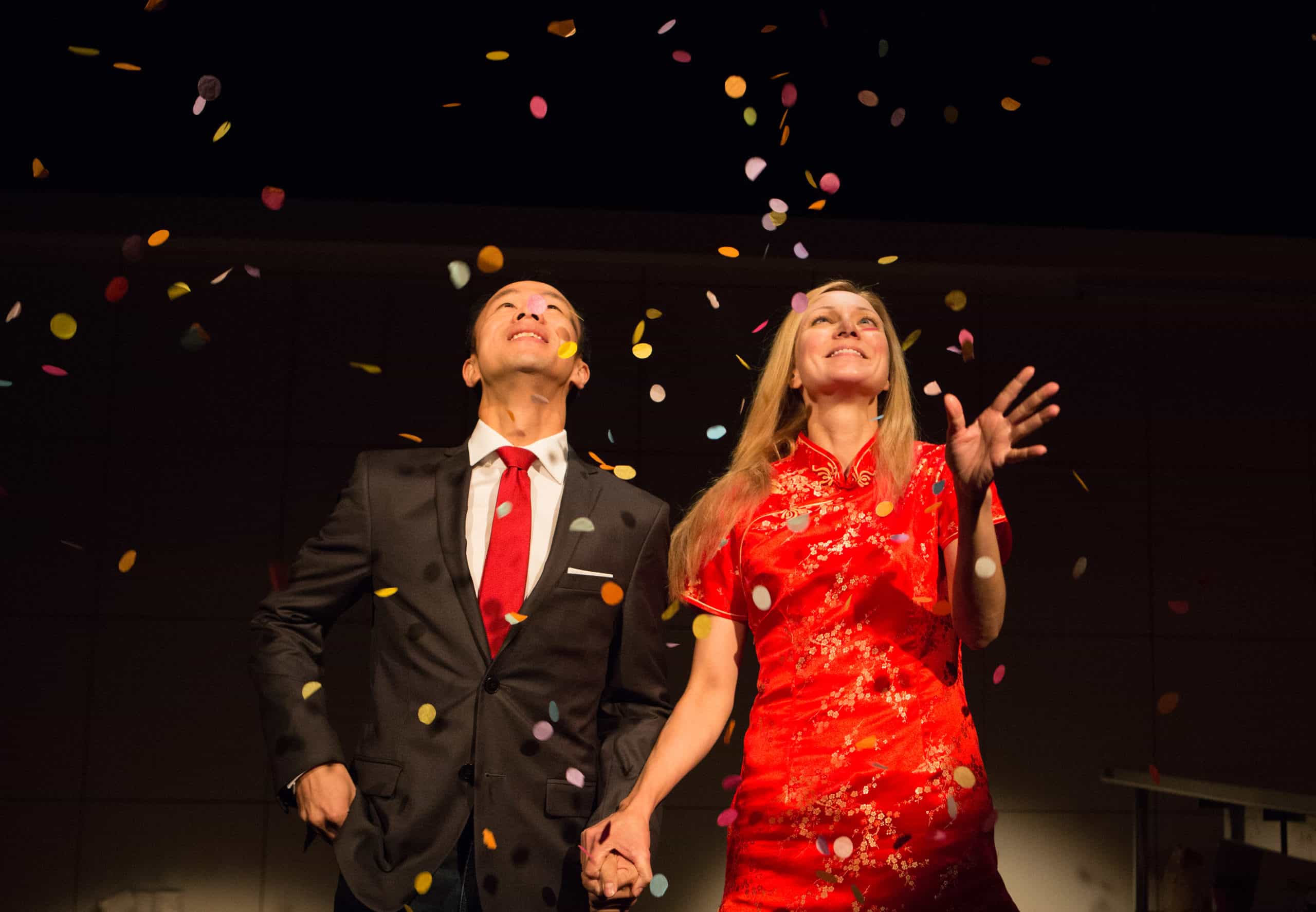 TORONTO, ON – Undaunted by the COVID-19 pandemic and a shortened season, the Toronto Theatre Critics’ Awards have returned to honour excellence—and this year, resourcefulness as well—in the city’s professional theatre. The 10th annual TTCAs boast 30 winners in 14 categories spanning the 2019-2020 season, including a special citation for creativity in the face of the health crisis.

Outside the March, Obsidian Theatre and Crow’s Theatre were the big winners this year. OtM and Crow’s were cited for Best Production of a Play, Best Ensemble and Best Design for their co-production of The Flick, which also won the Best International Play Award for American playwright Annie Baker. Another Crow’s co-pro, Ghost Quartet, a collaboration with the new Eclipse Theatre Company, won two awards in the musical division: Best Ensemble and Best Director, for Marie Farsi.

OtM, meanwhile, received this year’s special citation for its quick and clever response to the COVID quarantine, a personalized telephone experience via its Ministry of Mundane Mysteries.

Obsidian Theatre’s outgoing artistic director, Philip Akin, was hailed with not one, but two Best Director awards: for Actually, a campus drama about consent and rape culture, produced by the Harold Green Jewish Theatre in association with Obsidian, and for Pass Over, a poetic drama about race relations produced by Obsidian at Buddies in Bad Times Theatre. Pass Over also landed a Best Ensemble award for its cast. Obsidian’s teamwork with the Musical Stage Company netted two awards: Best Lead Performance in a Musical, for Jully Black, and Best Supporting Performance, for Vanessa Sears, both for the civil-rights-era musical Caroline, or Change.

Black shared the Best Lead award with Chilina Kennedy, who starred in the North American tour of The Band’s Visit. That show, presented by Mirvish Productions, also picked up Best Production of a Musical. Another Mirvish musical, the Bob Dylan-inspired Girl from the North Country, won a Best Director prize for Conor McPherson.

Soulpepper Theatre, meanwhile, grabbed a couple of awards, with Best Performance in a Play going to both Amy Rutherford in A Streetcar Named Desire and Daren A. Herbert in Jesus Hopped the “A” Train. For the second year in a row, the TTCAs eliminated gender categories in its acting awards. Sarah Dodd received Best Supporting Performance for her role in Coal Mine Theatre’s futuristic Marjorie Prime.

The Best New Canadian Play Award goes to Anthony MacMahon and Thomas McKechnie for The Jungle, their contemporary reimagining of Upton Sinclair’s muckraking classic, which had its world premiere at Tarragon Theatre.

The Toronto Theatre Critics’ Awards were founded in 2011 and are given out on an annual basis by a jury of professional theatre critics, whose outlets include The Globe and Mail, Toronto Star, NOW Magazine, The Slotkin Letter, Stage Door, Intermission, Ludwig van Toronto, cushmancollected.com and paulacitron.ca. This year’s jury members are Paula Citron, Robert Cushman, Steve Fisher, Karen Fricker, Carly Maga, Martin Morrow, Lynn Slotkin and Glenn Sumi.

This year’s awards will be given out in an online ceremony that will double as a fundraiser for The AFC (formerly the Actors’ Fund of Canada). The TTCAs will be streamed live on The AFC’s YouTube page on Monday, June 22, at 7 p.m. ET.

The Jungle by Anthony MacMahon and Thomas McKechnie (Tarragon Theatre)

Best Lead Performance in a Play

Daren A. Herbert in Jesus Hopped the “A” Train (Soulpepper Theatre)

Best Supporting Performance in a Play

Best Ensemble Performance in a Play

Colin Doyle, Amy Keating, Durae McFarlane and Brendan McMurtry-Howlett in The Flick (Outside the March and Crow’s Theatre)

Best Director of a Play

Best Production of a Play

The Flick, produced by Outside the March and Crow’s Theatre

Best Lead Performance in a Musical

Best Supporting Performance in a Musical

Best Ensemble Performance in a Musical

Best Director of a Musical

Best Production of a Musical

Special Citation – For Creative Response to the COVID-19 Pandemic

The Ministry of Mundane Mysteries by Outside the March